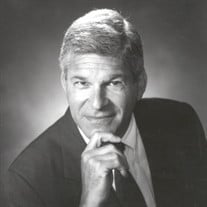 Martin Grabois, M.D. lost a long battle with progressive supranuclear palsy on June 18, 2022. Martin is the beloved husband of Ellen (nee Weiss); loving father of Meredith (Brian) Josef and Sarah (David) Tarai; adored grandfather of Ava Jane, Asher, Laura, and Hannah. He was preceded in death by his father, Benjamin, his mother, Florence, his brother, Stanley and his grandmother, Minnie. Martin was born in Philadelphia, PA in 1940 and became one of the most distinguished and respected physicians in the field of Physical Medicine and Rehabilitation (PM&R). He attended Bryan Elementary School, Sayre Junior High, Lincoln High School, and then graduated from Northeast High School in 1958, all in Philadelphia, PA. He received his B.A. from Temple University in 1962 and his M.D. from Temple. He was also elected to Alpha Omega Alpha, the National Medical Honor Society in 1966. Martin completed his internship at the University of Wisconsin and returned to Temple for his residency, completed in 1972. Martin chose the field of PM&R as a result of his service (1967-68) in the U.S. Army Medical Corps in Vietnam, where he cared for patients suffering from chronic pain and others who needed long-term rehabilitation from injuries sustained in the war. Because the field of PM&R also experienced a long-time shortage of doctors, he believed his chosen profession would fill a critical societal need and allow him to work collaboratively with medical professionals in other disciplines. He improved the quality of life of the many people he treated and their families, and he did so in a remarkable fashion with caring and empathy. Martin was Chairman and Professor of the Physical Medicine and later Physical Medicine and Rehabilitation Department at Baylor College of Medicine in Houston, TX for 35 years. His total service to Baylor spanned more than 40 years. He was widely known for his expertise in acute and chronic pain syndrome as well as pain management, and he grew the department steadily – from 10 physiatrists when he began as Chairman to more than 35 when he retired. He was also named a Professor of Anesthesiology in 1993 and a Distinguished Emeritus Professor in 2022. He achieved the highest honors and leadership in his field, serving as President the American Academy of Physical Medicine and Rehabilitation, Association of Academic Physiatrists, American Congress of Rehabilitation Medicine, International Rehabilitation Medicine Association, American Pain Society, and the Institute for Rehabilitation and Research (TIRR) in Houston, TX, where he also worked as a staff physician beginning in 1973. Martin also served those in need as a staff physician at the Veteran Affairs Medical Center and the Seven Acres Jewish Home for the Aged. He mentored and advised countless medical students, residents, and other physicians. Additionally, Martin gave hundreds of presentations as well as published many books, chapters, articles, and abstracts to further educate his peers and elevate scientific research in the field of PM&R. Two highlights are the Sidney Licht, MD Lectureship XI at the University of Pennsylvania (1988) and the John Coulter Lectureship at the American Congress of Rehabilitation Medicine (1988). He also received numerous awards, including the Gold Key Award from the American Congress of Rehabilitation Medicine (1993) and the Frank H. Krusen Award from the American Academy of Physical Medicine and Rehabilitation (2003), for his service to his patients, his field, and the medical community at large. Martin married Ellen in August of 1964. They met when he was a counselor and she was a waitress at Lindenmere Camp near Stroudsburg, PA. They moved to Houston, TX in 1973 and made a life there for almost 50 years. Meredith was born in 1970; Sarah in 1985. They were active members at Temple Emanu El and enjoyed weekends at their lake house in Conroe, TX. Martin also volunteered many summers as the camp physician at Greene Family Camp in Bruceville, TX. Other than PM&R, Martin was especially passionate about traveling the world and was invited to speak and present at conferences and meetings that helped him live out that passion. He visited every continent except Antarctica. He loved to plan these trips abroad, from flights to tours to restaurants, and all one had to do was pack a few things, bring a passport, and join him for the journey. Ellen accompanied him on many of these trips, and some of their favorites included Australia, New Zealand, Iceland, Japan, Hawaii, and Sicily. He lived a life full of accomplishment and adventure. May he rest in peace. A memorial service will be held Tuesday, June 21 at 10:30am at Weil Kahn Funeral Home, 8350 Cornell Rd., Cincinnati, Ohio 45249. Visitation will begin at 10:00am.The service will also be live streamed on the Weil Kahn website and at https://webcast.funeralvue.com/events/viewer/75055. Shiva will be observed the evening of Wednesday, June 22 at 8:00pm EST at the home of Sarah and David Tarai and will also be live streamed via Zoom at https://landon.zoom.us/j/5515614563. Contributions in his memory may be made to Congregation Emanu El Houston,1500 Sunset Boulevard, Houston,TX 77005, Foundation for Physical Medicine and Rehabilitation, 9700 W. Bryn Mawr Avenue, Suite 200, Rosemont, IL 60018, or the Dr. Martin Grabois Endowment for PM&R Residency Enhancement Fund at Baylor College of Medicine, Office of Institutional Advancement and Alumni Affairs, MSC #800, P.O. Box 4976, Houston, TX 77210. This fund goes to support the Dr. Martin Grabois Esteemed Resident Award and residency training expenses within the Department of PM&R. You may also donate to a charity of your choice.

The family of Martin Grabois created this Life Tributes page to make it easy to share your memories.