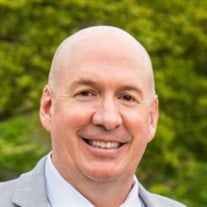 JEFFREY ALAN HOWARD May 5, 1966-February, 27, 2022 CINCINNATI-Jeffrey Alan Howard, age 55, of Cincinnati, OH, passed away surrounded by friends & family in his home on Sunday, February 27, 2022. Jeffrey was born to Terald Howard and Ellen (Reith) Grantham in South Bend, Indiana, on May 5, 1966. He was preceded in death by his father Terald Howard and his step-mother Linda (Harman) Howard. He is survived by his wife Barbara (Schwenk) Howard of Cincinnati, OH; his mother Ellen (Reith) Grantham of Kokomo, IN; His step-father Darrell Grantham of Kokomo, IN; his sister, Julie (Howard) McFarlin of Broken Arrow, OK; his brothers, Timothy Howard of Charlotte, MI; William Howard of Vandalia, MI; David Howard of Bloomington, IN; Daniel Howard of Boulder, CO; and his children Tiffany Van Goey of Los Angeles, CA; Jacob Van Goey of Cincinnati, OH; and Michael Howard of Cincinnati, OH. On May 1, 1993, Jeffrey married Barbara, settling finally in Cincinnati, Ohio. Together they raised Tiffany Van Goey & Jacob Van Goey, and had Michael Howard in 1995. Jeffrey entered the Air Force in 1986, and was stationed at Misawa Air Force Base in Japan, and finished his tour of duty at Eglin Air Force Base in Florida. He was in the 33rd Tactical Fighter Wing & Pacific Air Forces, and he proudly served until 1989. In 1990 he worked as an aircraft technician for an FBO at South Bend International Airport, moving onto a Senior Aircraft Technician role at Airborne Express (ABX Air) from 1993-2009. In 2008 he went back to school, receiving an Associate of Applied Science in Biomedical Equipment & Information Systems Technology, graduating Magna Cum Laude. He then began a role at the Cincinnati VA Hospital as a Biomedical Technician & Information Systems Specialist. After his May 2018 diagnosis of Multiple Myeloma, he retired in April 2021 due to his almost 4 year battle without remission. Jeffrey was a man of so many incredible talents and interests. He did beautiful & precise woodworking; and received the Kansas City certification as a Barbecue Judge, making some of the best Brisket any of us ever had. He loved fishing, hunting, cycling, camping, hiking, and could fix absolutely anything. Jeffrey was deeply generous with his time and love. He used his talents to help so many in our family and community, and loved hosting Fish Fries and barbecues for the neighborhood. He had an incredible sense of humor and wit, and left so many beautiful memories for his friends and family to keep him alive well beyond his bodily death. The Howard family will receive family and friends at the Weil Kahn Funeral Home, 8350 Cornell Rd. in Cincinnati, on Friday, March 18th 2022, with visitation from 10 a.m. to 12 p.m., with a Celebration Of Life service at 12:00 p.m., followed by Military Honors. The service will be streamed on the Weil Kahn website at https://webcast.funeralvue.com/events/viewer/70870. Reception will follow directly after memorial services at Valley Vineyards, 2276 U.S. 22 & 3 in Morrow. In lieu of flowers, memorial contributions may be sent to the family via Paypal: @barbarahoward3311 ([email protected]) or to The Leukemia and Lymphoma Society, https://www.lls.org/ways-to-give.

The family of Jeffrey Alan Howard created this Life Tributes page to make it easy to share your memories.