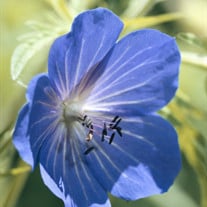 Francine Ceil Rosenthal (née Glick), born October 21, 1934, died peacefully on September 2, 2017, at age 82. Born and raised in the Bronx, New York, Fran graduated from William Howard Taft High School in 1951. She then attended City College of New York, where she earned a Bachelor of Science in Chemistry in 1955. After moving to Cincinnati and obtaining a Master of Arts in Library Science from the University of Kentucky in 1980, Fran worked as a research and patent librarian at Merrell National Labs. She also volunteered as a librarian at Rockdale Temple and then at Isaac M. Wise Temple. A longtime resident of the Cincinnati area, Fran enjoyed her recent years living at the Evergreen Retirement Community. A devoted mother and grandmother, Fran is survived by her children Perry Rosenthal, Judi (Steve) Pollak, and Larry (Julia) Rosenthal, and her grandchildren Sam and Rebecca Pollak, and Joshua, Brendan, and Sydney Rosenthal. Visitation will begin at 12:30 PM, followed by funeral service at 1:30 PM, both on September 5, 2017, at Weil Funeral Home (8350 Cornell Road Cincinnati, Ohio 45249). The family will be gathering at 7:00 PM that same evening for a shiva service at the home of Judi and Steve Pollak (8011 Deershadow Lane, Cincinnati, Ohio 45242). In lieu of flowers, memorial donations can be made to Isaac M. Wise Temple or to any animal welfare organization of one’s choosing.

The family of Francine Ceil Glick Rosenthal created this Life Tributes page to make it easy to share your memories.